Do you really need fraud detection technology in your cash management activities? 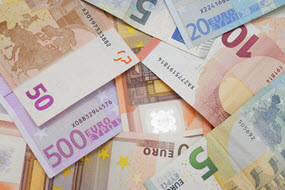 The cost of fraud to U.K. businesses is sobering. According to a report by Financial Fraud Action, U.K. losses due to financial fraud totalled £768.8 million in 2016. This total included fraud involving remote banking, misuse of payment cards, and fraudulent cheques.

There's also counterfeiting to consider. The Bank of England claims that approximately 223,000 counterfeit banknotes with a face value of £5 million were taken out of circulation in the first half of 2018. It's very possible that even more banknotes were not detected and removed from circulation before being passed on to unsuspecting individuals or businesses.

If your business accepts a counterfeit bill and you don't have fraud detection technology, it's more than likely you'll have to eat that cost. The government won't replace it with a legitimate banknote.

Employee theft, fraud, and counterfeit notes collide to create a perfect storm for retailers, grocers, banks, and any other type of business that deals with cash flow issues. That's why nwith fraud detection is so vital.

Counterfeit banknotes and employee theft are nothing new, but with the technology, merchants have more of an arsenal than ever before to combat them.